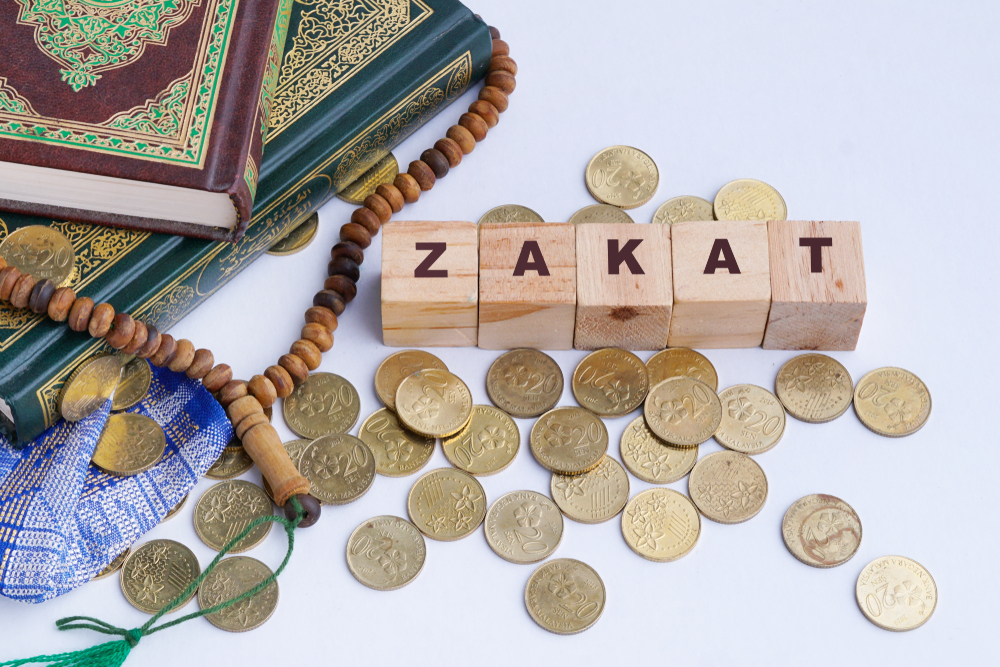 As stated in Article (21) of the Main Law of Governance, one of the basic functions of the state is to collect and pay Zakat to the recipients.  Article (7) of the treaty stated that the state is responsible for overseeing Islamic Shari'ah requirements in general, including the imposition of Zakat and its distribution to the intended beneficiaries, as follows, Governance in the Kingdom of Saudi Arabia derives its authority from the Holy Quran which govern this Law and all the laws of the State.

As a result, the Zakat Levy Implementing Regulation released on 71440/7/H [14 Mary 2019-] will not apply to financial years earlier to this date. Prior years must be evaluated according to the regulations and directions in effect prior to that date.

The Zakat Levy Implementing Regulations have concentrated on the Zakat collection regulations in commercial activities other than other Zakatable funds, as well as the requirements for filing Zakat declarations, the assessment, examination, and payment procedures, and their time limits.

According to Royal Decree No. 161/5/ dated 51383/1/H, the Zakat collected by ZATCA shall be put in the Social Security Account, which shall distribute it to the poor and needy (28 May 1963). "Zakat shall be collected in full from all joint stock firms and businesses and people susceptible to Zakat," it stated that all money collected shall be donated to the Social Security Fund.

The state calculates the Zakat of money subject to the Zakat, collects the funds from Zakat payers, and transfers the proceeds to the Social Security Agency for payout to social security beneficiaries.

The state's goal is to collect zakat. Every year, the Prophet (peace and blessings of Allah be upon him) would send messengers to all Muslims to collect Zakat. It is currently carried out on behalf of the state by The General Authority of Zakat & Tax, in compliance with the appropriate laws, regulations, and rules. The Authority has created regulations and guidelines controlling the Zakat levy, as well as providing high-quality services to Zakat payers in order to assist them in fulfilling their obligations.

The Zakat, Tax, and Customs Authority (the Authority), formerly known as the General Authority of Zakat & Tax, is the Saudi Arabian organization tasked with collecting Zakat in line with Royal Decree No (178634/28/2/), dated 291370/6/, which mandates the collection of Zakat from Saudi nationals.

It was established as one of the government bodies under the Ministry of Finance by Ministerial Resolution No. (394), dated 71370/8/H, and was tasked with the job of levying Zakat.

The levying of Zakat in full and transferring or paying it to the Social Security Organization was ordered by Royal Decree No. (61) dated 51383/1/H.

Following that, other royal decrees and ministerial decisions regulating Zakat collection activities were published, including Royal Decree No. (M/40) dated 21405/7/H, which included the directive to collect Zakat in full from all corporations, institutions, and others who are liable to Zakat. The Royal Decree (M/40) Implementing Regulation was then adopted under Ministerial Resolution No. (2082) dated 11438/6/H.

The General Authority of Zakat & Tax was established on 201438/7/H, following the adoption of the Authority's statute and organization by the Council of Ministers Resolution No. (465).

The following are the functions of the Zakat, Tax, and Customs Authority, as outlined in Article (3):

A Zakat payer who obtains a certificate stating that he or she is not subject to Zakat levy in accordance with the Authority's procedures.

In general, the Zakat payer's duties diminish the Zakat payer's base by not adding them to the base, according to the Authority's procedure. Short-term and long-term obligations, on the other hand, are treated differently in accounting.

Each Zakat payer must fill out and submit a form supplied by The General Authority of Zakat & Tax, which contains a number of parts and objects. The declaration and its submission have the goal of indicating the entity's Zakat basis and allowing the Authority to assess the entity based on the declaration data. The following are examples of declarations:

Returns on Zakat for a given financial period must be submitted (including transaction pricing forms). On the Authority portal, your declaration will be ready for submission on time. Take note of the following requirements:

Zakat is determined in one of two ways for current businesses:

The procedures for each method change, as do the things utilized to calculate Zakat, but the end result is the same for both (Zakat base). If both procedures are used correctly and with the same standards and criteria, they will produce the same outcome.

This approach is done by subtracting the value of the commitments that funded the Zakat assets from the total of the entity's Zakatable assets, including accounts receivables for the Zakat payer.

The Zakat payer's Zakat base is the result of this formula.

This approach is made up of two essential steps:

The Zakat payer's Zakat base is the result of this formula. The following procedure is used by the ZATCA.

You will not have to pay Zakat if your wealth does not match the Nisab after one year. You'll also wait to see if your fortune catches up to or surpasses Nisab's.

Due date for Zakat

The moment your wealth meets or exceeds Nisab, a new year for Zakat will begin. After a year, you'll be able to tell whether your wealth equals or exceeds the Nisab. This is referred to as your 'Zakat due date' or 'Zakat anniversary.'

Zakat is due on the anniversary of your Zakat. If you're not sure when this is, or if you're paying for the first time, figure out when you first held wealth above the Nisab level or you can use an estimated date. This becomes your Zakat anniversary once you've paid your Zakat once.

Zakat can be paid in advance of the Zakat anniversary. This is to urge people to devote more time to prayer and to take advantage of special occasions such as Ramadan or the first ten days of Dhul Hijjah. If you pay early, you must still calculate your Zakat owing on your Zakat anniversary to ensure that you have paid the correct amount.

It is not necessary to pay Zakat during Ramadan, yet offering charity during this month garners higher blessings.

Scholars believe that once Zakat is due, it must be paid without delay unless there is a valid reason to do so.

If a person is unable to pay the Zakat all at once, he or she may pay in installments as long as the complete amount owed is paid. Scholars believe that Zakat can be paid monthly as long as it is paid before the due date.

You can predict how much Zakat you will be expected to pay and save throughout the year in order to pay your Zakat when it is due. This is something that scholars believe is necessary.

When paying in monthly installments or saving monthly amounts, you should always bare in mind that it is for your Zakat.

If a person's wealth exceeds the value of the Nisab, he or she must pay Zakat. Such a person is considered wealthy according to Sharia. Both the Qur'an and the Sunnah impose Zakat, and the Prophet himself named Zakatable articles and the monetary rates to be charged on them. Exemptions and prescribed requirements for Zakat, Zakatable products, and general Zakatability were also provided by the Prophet. Everything has been written for us and handed to us, and it is our responsibility as sincere Muslims to follow what we have been told.

Zakat must be imposed on wealth if the following conditions are met:

Zakat is intended to aid the poor without impoverishing the wealthy; after you reach the Nisab barrier, you just have to pay 2.5 percent of your Zakatable assets. In other words, we must offer a bit from a lot without causing financial harm to ourselves and giving stability for those in need.

The third pillar of Islam is zakat. It mandates Muslims to give 2.5 percent of their qualified wealth to support the needy in a variety of ways each year. Zakat is a spiritual obligation as well as an important aspect of the Islamic social assistance system. It's a one-of-a-kind religious social welfare program that helps the entire community.It is a symbol of Islamic law's supremacy, as it is a defining element in the struggle against poverty and alleviation of the poor's suffering. A crucial component in developing social cohesion.

As an indication of the great status of Zakat in Islam; the government is entrusted with administering and supervising the collection of Zakat on declared funds and its distribution to its beneficiaries. The government is authorized to collect the Zakat on the declared funds and distribute it to the eligible beneficiaries, by entrusting some workers (employees engaged for zakat collection purposes) to go through the owners of funds, throughout the country, and calculate the amount of Zakat, and then collect it from them, and oversee the disbursement and distribution to eligible persons. Authority's staff, until the issuance of the final Zakat certificate, including the investigation of any objections raised by the Zakat payer with regard to the Authority.

The Zakat, Tax, and Customs Authority (the Authority), formerly known as the General Authority of Zakat & Tax, is in charge of levying and collecting Zakat. All procedures relating to the Zakat payer's Zakat account, from registration to the process of calculating the amount of Zakat, which includes supervising the submission of Zakat declarations, payment procedures, examination of data provided, and verification by the Authority's staff, until the issuance of the final Zakat certificate, including the investigation of any objections raised by the Zakat payer with regard to the Authority.